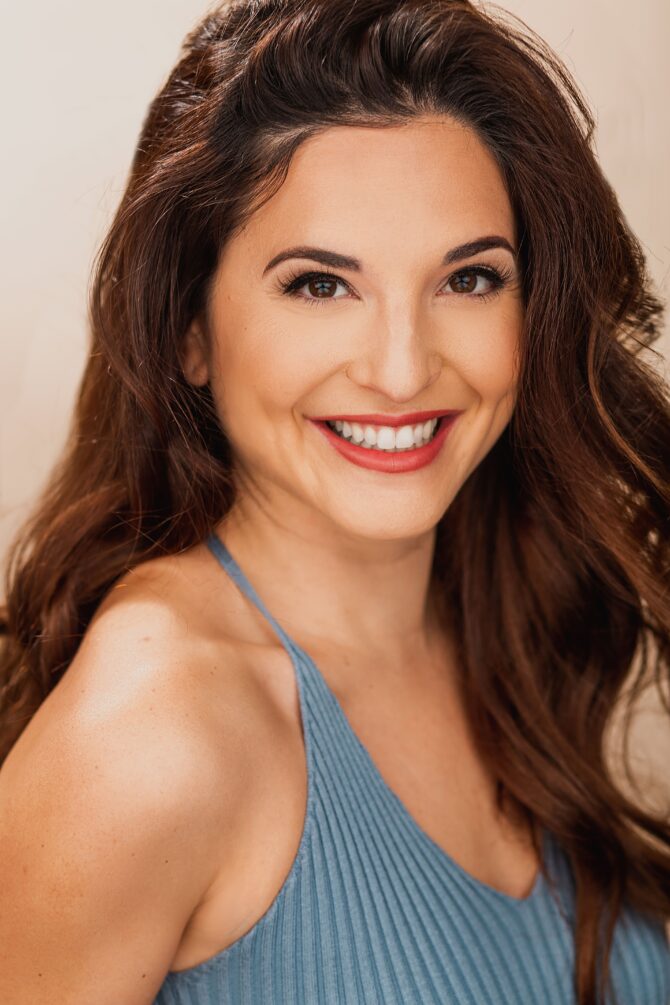 Eleanna Fin
A NYC based actress and singer from Greece.

Eleanna Fin graduated from Queen Margaret University in Edinburgh, getting her BA in Performing Arts, with distinction. She studied Music and Piano at the National Conservatory of Athens, Greece. Since 2010 she has been professionally working as an actress and singer, performing in theatrical plays and live concerts, such as “The Hunchback of Notre Dame”, “Cabaret”, “The Nightingale and the Rose”, “Romeo and Juliet” (2nd Best Actress Award, Olive Festival Milan), “Electra”, “The Bacchae”, “Thucydides Dramaticus”, “Idomeneus”, “Mikis Theodorakis’ Life” and more. She has also participated in films, such as “Ein Sommer in Griechenland” (Greek/German movie for ZDF), “The Penal Colony” (Official Selection of the Festival de Cannes) and she had the supporting role of Jenny Vanou in the awarded film “The Waiter” (Beijing International Film Festival, Raindance Film Festival, etc.) In 2017, her first studio album “Taxidia Psichis” was released.

In the summer of 2019 she moved to NYC to continue developing her career. Her first performance was on July of 2019, at The Duplex Theatre, followed by “The Miracle of Christmas”, at Queens Theatre. She had also many live musical performances such as at Drom, Ayza Bar, etc. She was cast for the Off-Broadway production of “Anne Frank, A Musical”, directed by David Serero, at the Actors Temple Theatre and also for “LUX”, by Dan Forrest, a concert at Carnegie Hall.”

In 2021 she participated in “The Bad Witch” (HBO), in “Only Murders in the Building” (HULU) and in an independent short film, “No Good Deed”, by Patrick Karambizi. She also performed as a model and singer at the Undiscovered NY Fashion Show.

This period she is rehearsing for the upcoming theatrical production of “Song of Solomon – A New Musical”, written by Andrew Beall, having been given the lead role of Almah, for the musical “A Chorus Line”, directed by Michael Kidney, which will be presented Feb. 2022, she is working on some songs and also for some other projects that cannot yet be announced.

Last but not least, she has participated in commercials and photo shootings in NYC.